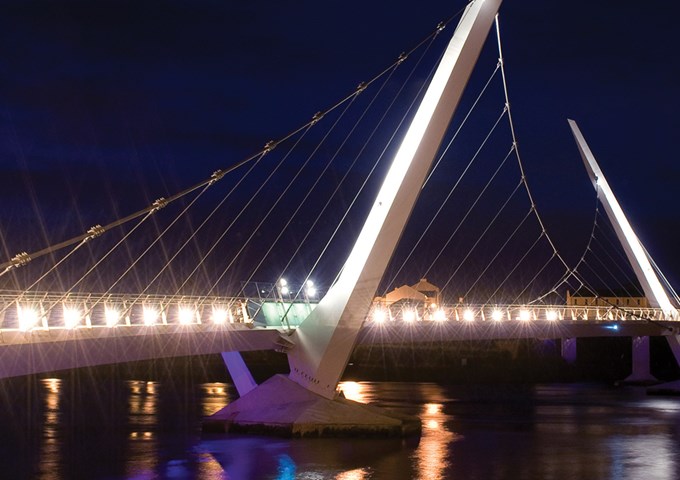 McAdam undertook Cost and Project Management roles supporting Ilex during delivery of the EU Funded Peace Bridge in Derry/Londonderry. This iconic structure has been universally lauded by the entire community and has been the catalyst for measurable social and economic regeneration of the city. The project brief was to design a structure to link historically divided communities on the east and west banks, both physically and metaphorically. It is designed as two identical halves, each suspended from a single, inclined steel pylon, which overlap at the centre of the river to form a 'structural handshake' - a powerful metaphor for reconciliation, drawing on inspiration from the nearby sculpture ‘Hands Across the Divide’ by Maurice Harron. 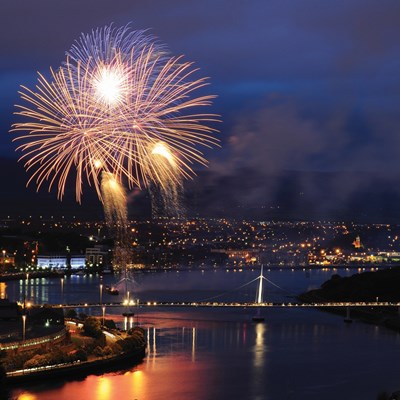 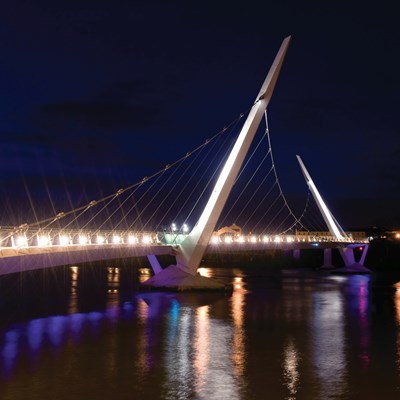 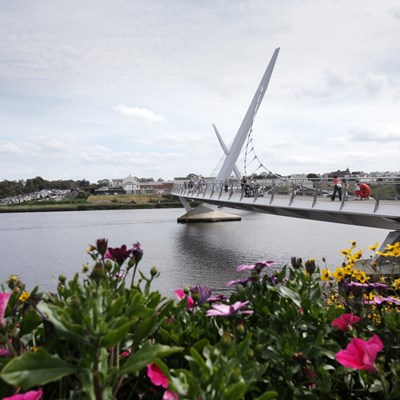 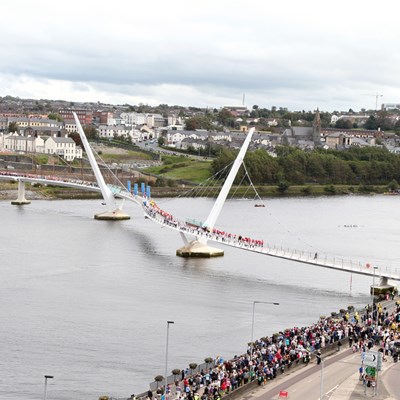 As well as providing the obvious tourism and community benefits, linking two sides of the city, it provided a destination venue which contributed to the selection of Derry/Londonderry as the first ‘UK City of Culture’ and the fourth ‘Best City in the World to Visit 2013’ by Lonely Planet. Millions of people and cyclists have crossed the Peace Bridge since it opened in June 2011.