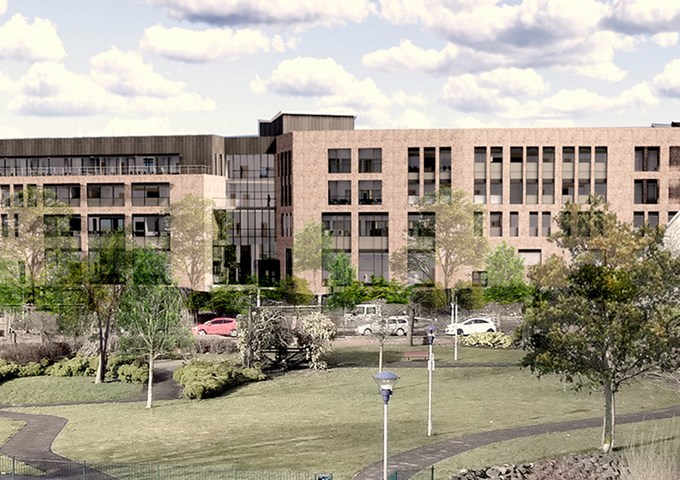 Conceived as a modern replacement to the existing Northern Regional College Coleraine this new state-of-the art facility is an important addition to the town. The proposed new College is located on a prominent corner site at the junction of Union Street and Brook Street in Coleraine and adjoins a listed building which was incorporated into the design.

The design is 12,639m2 and has been developed as a 4-storey building around a central courtyard, with main entrances from Anderson Park and Union Street. The plan form evolved from the concept that the building should have active frontages on all 3 main elevations so service entrances, refuse areas, delivery zones etc were located in the central service courtyard and screened from the public. The scheme incorporates all the teaching, sports and social accommodation associated with a modern further education college.

The building’s section was a key driver in the design process: the north elevation will be stepped back from Union Street as the building increases in height to reduce overshadowing of the existing dwellings along Union Street. Union Street is a noisy busy road, so rooms which can tolerate some noise are located along the building’s north wing (sports, workshops etc). Conversely, rooms which require quiet are arranged along the south wing facing onto the Park (library, IT, media studies). 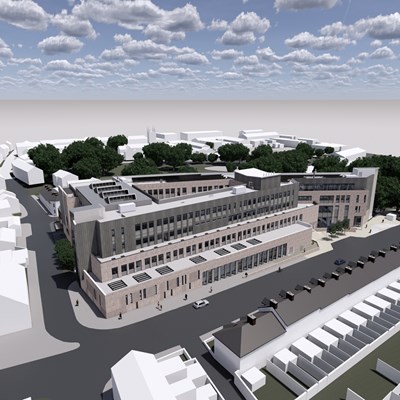 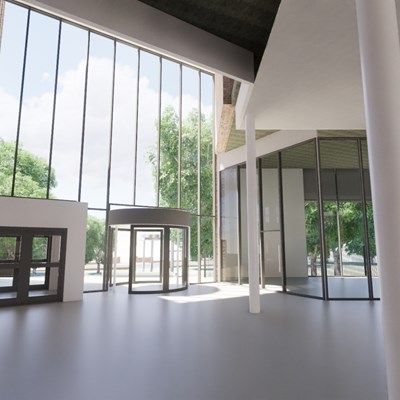 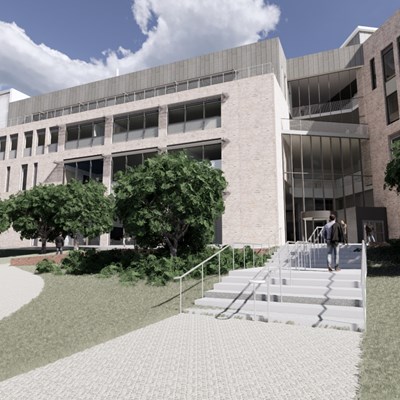 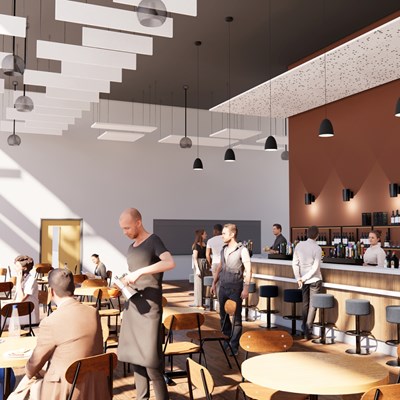 Projects such as NRC Coleraine have community benefits beyond their specific brief. On this project we recognised the tremendous opportunity afforded to the site by its location adjacent to Anderson Park, and we endeavoured to take full advantage by integrating the building into the parkland. The main entrance will be via the 4-storey “garden room” which will extend the park into the building. The visual impact of the new building will be reduced as the elevation along Union Street is stepped in height so that issues relating to overlooking and over-shadowing of neighbouring properties is reduced. The refurbished listed building adjacent to the new College will become a Studio Theatre and Performing Arts Studio with full access to the public. Through these meaningful interventions we are confident the new NRC College will have a positive impact on the local community