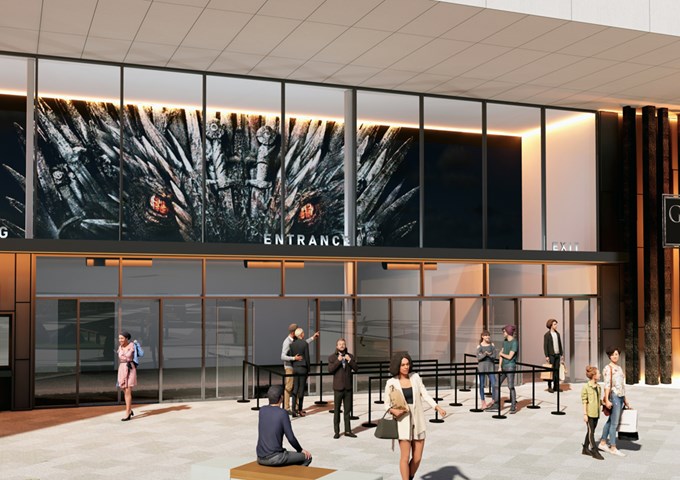 This ambitious Game of Thrones development brings the world-famous story to life via an interactive studio tour involving some of the best-known sets and characters from the TV drama. Beginning in 2018 McAdams developed the architectural, civil, and structural design for the new project in collaboration with HBO through California based tour designers, MinaLima. Working with these international set designers was exciting however the challenge involved re-configuring the existing Linen Mill Studios to accommodate the new tour experience. A new high-quality visitor’s entrance has been provided in complete contrast to the predominant industrial clad buildings of the original studios. This contrast is a metaphor for the cinematic subject matter, where ‘smoke and mirrors’ are used to create illusions and different worlds. The entrance is designed to reflect the magnitude of the worldwide interest in the Game of Thrones and to provide an arrival experience worthy of what will be ‘world class’ attraction.

The completed studio tour is only one of several projects announced by the series producers, HBO, to ensure that there is a lasting legacy for Northern Ireland following the end of the series. The series has had an enormous positive impact for Northern Ireland and is attributed along with others for putting the province firmly on the map globally. 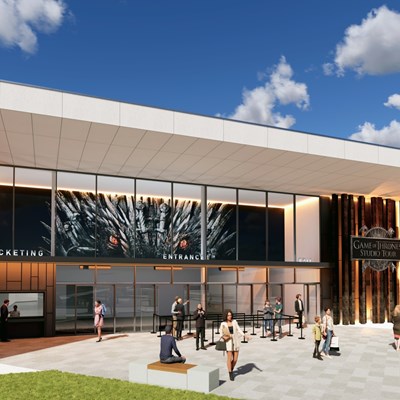 The completed project is expected to be a game changer for the Northern Ireland Tourist Industry with the facility attracting an expected 600,000 visitors per year. This will have a significant economic impact on the local community and the wider catchment area. Benefits include: