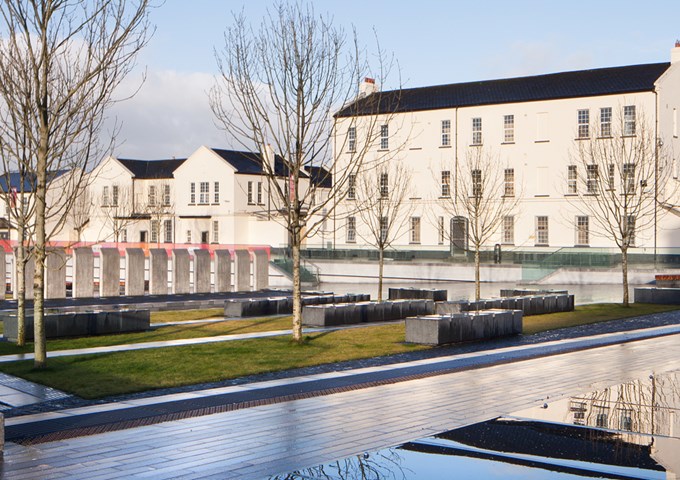 The regeneration and refurbishment of the Ebrington Barracks complex included development of new urban spaces, landscaping, landmarks, and public art, all within the retained grandeur and history of the original Parade Ground. coupled with new connectivity across the River Foyle.  This destination space was a natural choice to be part of the Council’s successful bid for UK City of Culture 2013.

Ebrington Barracks is a 29-acre former military heritage site located on the Foyle riverfront, connected to Derry~Londonderry City Centre by the iconic Peace Bridge. The site was originally occupied by Jacobite Forces during the Siege of Derry and subsequently developed as a 10 acre ‘Star Fort’ in 1841. It played a significant role in both World Wars and was pivotal during the Battle of the Atlantic. It is surrounded by a scheduled monument Star Fort Wall, akin to the Walls across the City, and contains many 19th Century Listed and Retained Buildings that in recent times housed and trained submariners during the Cold War, when it was known as H.M.S. Sea Eagle. 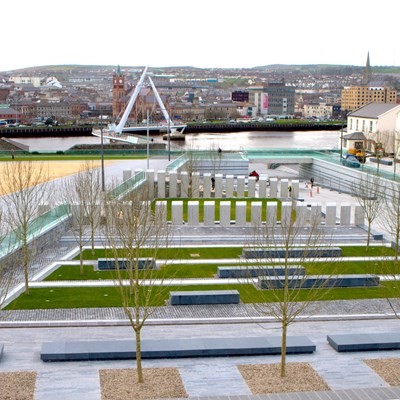 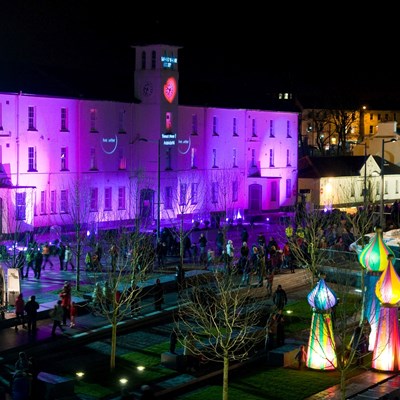 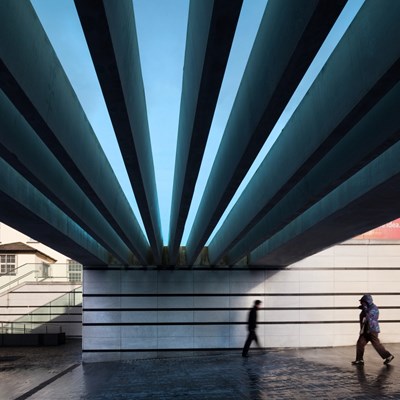 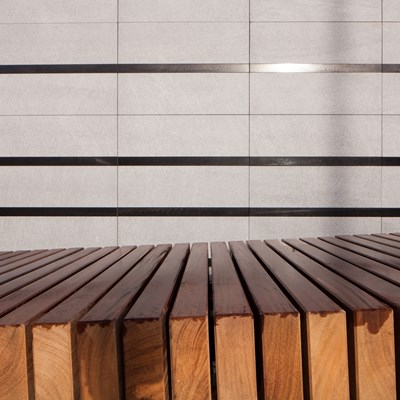 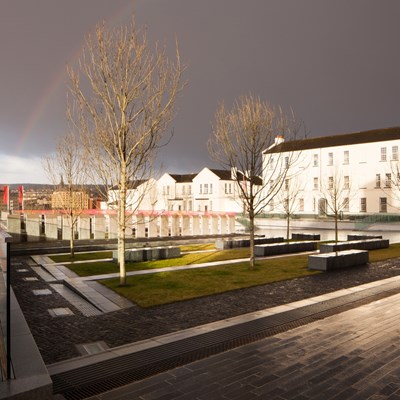 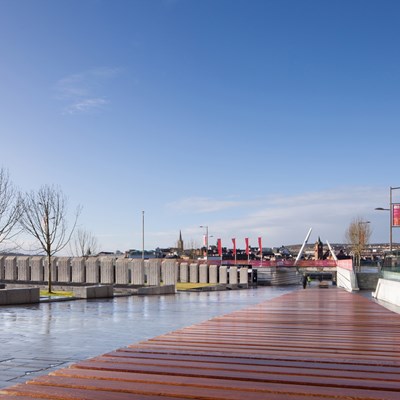 Ebrington was gifted to The Executive in 2003 and McAdam Design undertook civil and landscape design regenerating the square into a civic space surrounded by many of its buildings which have been repurposed into restaurants, cafes, offices and even a multi-award winning restaurant and brew house. Ebrington hosts the Peace Pledge Tree and the newly resurfaced Ebrington Square, the former military parade ground, hosts many ‘open air’ public events.