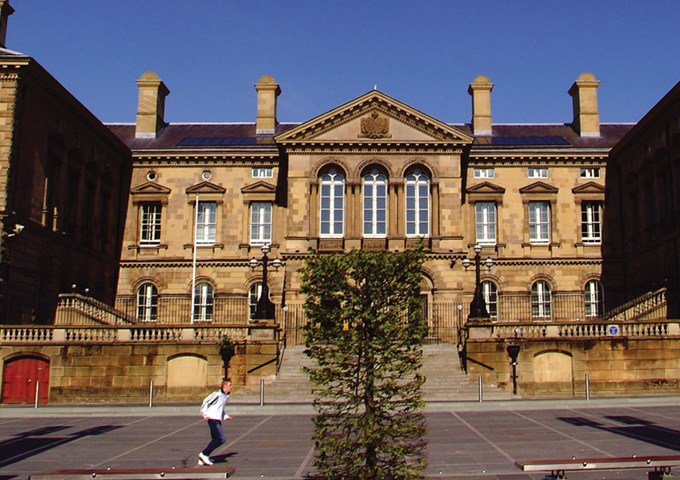 Completed in 2007, the regeneration of Custom House Square has created a unique multi-purpose destination close to the vibrant Cathedral Quarter of Belfast. The public realm improvements included high-quality Caithness paving in the pedestrian areas and granite nidgers along the bus route. The scheme also included high-quality lighting over the paved areas with the area where concerts are held served by high level floodlighting. The ‘Hecklers’, sculptures formed from steel, were provided outside the Custom House to reflect its former use as a forum for public debate.

As with any City Centre scheme service diversions and replacements were a part of the scheme. This required close liaison with the service providers and the neighbouring landowners. The area now holds the latest water feature in Ireland. The feature is formed by 52 computer controlled high pressure jets which discharge water to a set programme. The water discharged by the jets is collected by a sustainable urban drainage system which retains the water to an underground storage tank.

In 2006 the scheme received the ‘Civic Trust’ Award for public realm work. In 2007 it also gained a CEEQUAL Award for engineering design. 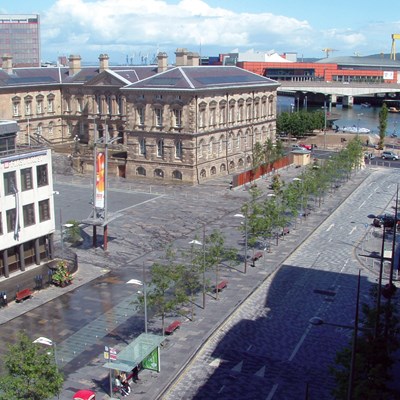 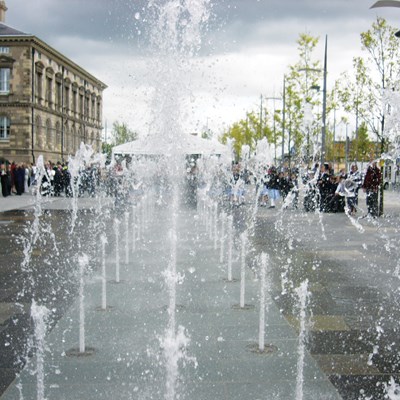 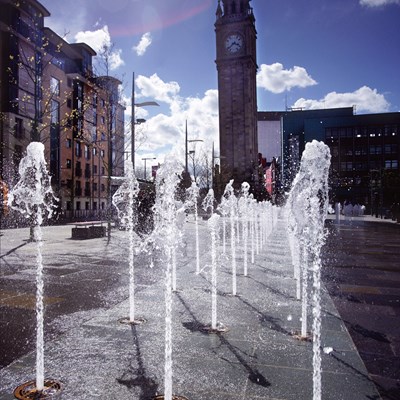 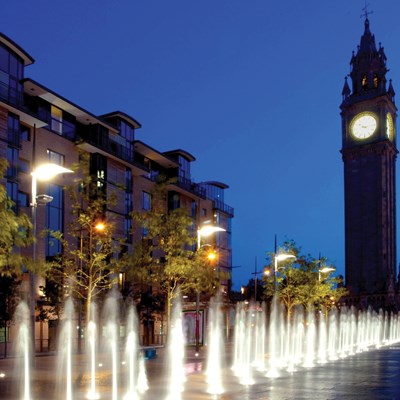 The Custom House Square project transformed a vehicle dominated space into a high-quality civic square that is used for events such as Belsonic Music Festival, Christmas Fares, Pride Festival and Ice Skating Circuses.