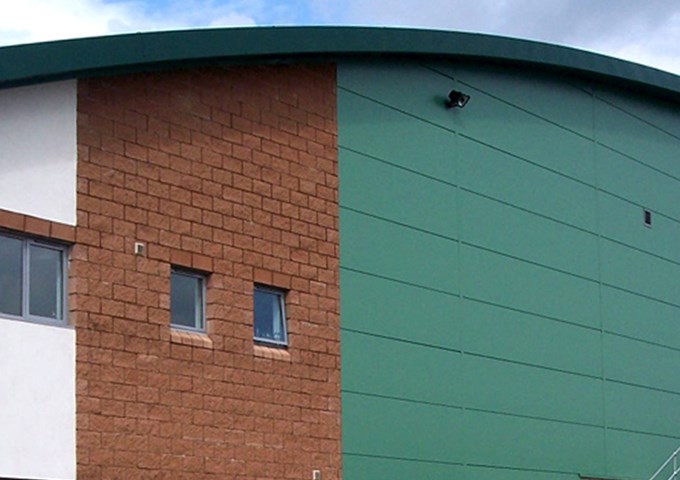 Located near Crossmaglen, Carran Hill Water Treatment Works produces 7 million litres of high-quality drinking water each day for the South Armagh and South Down area. The project was a D&B scheme with McAdam providing design services for Farrans (Construction) Ltd. It is an industrial building with a curved steel superstructure spanning over concrete tanks and process areas. From the outset the design considered the whole life cost of the facility.

The steel frame superstructure was entirely galvanised to avoid future maintenance of paintwork. The building maintenance and lifting strategy was considered at an early stage and craneage and lifting points were incorporated in the superstructure. Louvres in the building envelope were designed to provide passive ventilation and minimise energy consumption. The biodiversity of the site was enhanced through landscaping and planting with indigenous species. 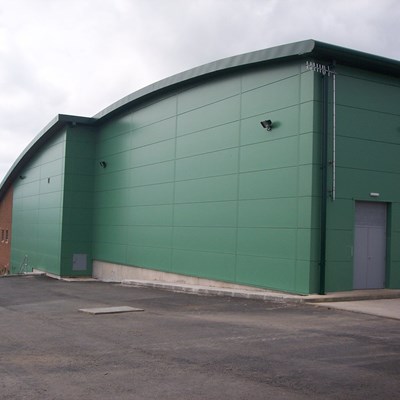 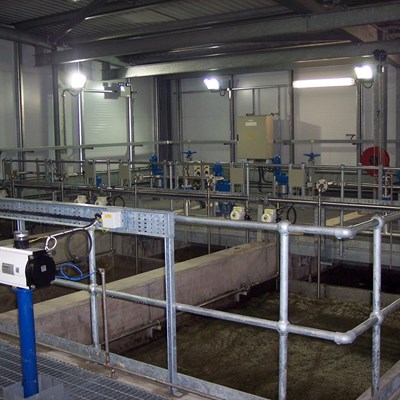 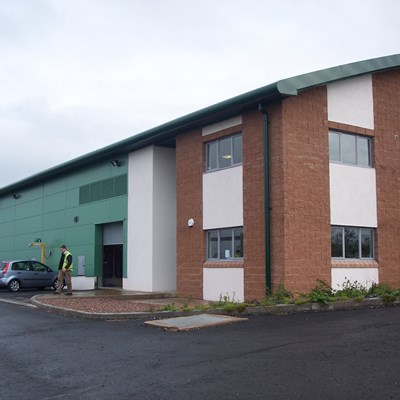 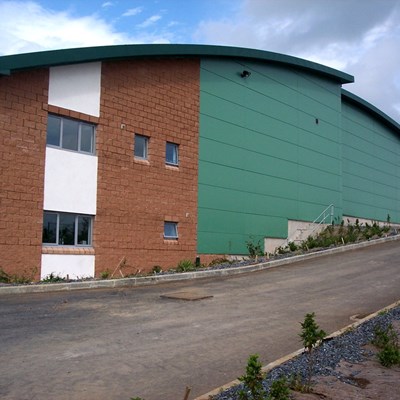 As well as improving drinking water quality and resilience, during construction Supply Chain Initiatives were established, allowing a substantial proportion of the monetary value of the project to be invested back into the community by sourcing and using locally-based material suppliers and subcontractors. The project achieved a CEEQUAL Award of Excellent and won a Green Apple Award.